The forecast was wrong, it wasn’t 30 degrees ~ it was over 40. “You can not be serious!” (well, it is Wimbledon fortnight).  The heat was draining. The only way to get through it was to do a little work in the morning, sit on the sofa in front of the fan in the afternoon, and finish off a few tasks in the evening. At least I got my washing dry – by the time I’d finished pegging the last item on the line, the first one was practically dry. One guest was a pilgrim walker, who had started his walk from Belgium in March (I think, could have been May),  was walking the whole Compostelle route to Spain. Good luck with that thought I.          https://www.chemins-compostelle.com/itineraires/43/le-camino-frances

Squirrelgate seems to have ended with the onset of the heatwave. I saw him a couple of times in the garden, but he’s not visited the house again. Which is actually a bit of a relief. However, his lack of visits has been superseded by a couple of bats flapping round my bedroom at midnight. They didn’t stay long – soon left via the open window. A point of interest here – I noticed that Colin cat took absolutely no notice of them at all. I wondered if he could actually hear hem?

Talking of Colin…… (rest of the shaggy cat story coming up!)

Recap -Friday 21st June: late at night Colin started sneezing (continuously, like someone with really bad hay fever). This continued through the early hours of the morning and at 4 am I got up to look at him (he was on the bedroom chair). He was almost lifeless and laid out with his mouth open. I really thought he was dying in front of me. As soon as the vet opened I was there with Colin. He revived in the car, meowing all the way there. He didn’t look too bad but still continued sneezing and breathing through his mouth. The vet thought it was a virus and gave him antibiotics, steroid pills and homeopathic drops. I wasn’t convinced (I thought he might have a grass seed up his nose). A few hours later, he had regressed to becoming lifeless again and not being able to breathe properly, so I went back to the same vet again in the afternoon. And eventually sought a second opinion with an on-call vet in Limoges at some late hour on the Saturday night. Arrived home at past midnight, several €’s depleted from my bank account. It took about 5 days for Colin to really be on the mend. The ~ guess what? Asterix started with exactly the same sneezing, the breathing wasn’t quite so bad. As I had 10 days supply antibiotics for Colin, I stuffed some down Asterix asap then I phoned the vet and explained, asking for a repeat prescription as I really didn’t want to take her in the car on such a hot day (40+). Yes I do have air con, but she gets so stressed in the car. So that’s what we did. Again, it took about 5 days for the treatment to kick in. Getting pills down Asterix is a bit of a problem. Colin is fairly laid back about it, but she is a different matter. One morning I gave up with the pill-popper and tried by hand. She bit my finger so hard, she actually bruised my nail. So far, Sydney has escaped the problem, fingers crossed he does completely!

Excellent, excellent news: Owen has been offered a job. A lot of hard work, effort and encouragement has gone into that. It’s local to him, so travelling will not be an issue; especially as I know he’s keen to get a car of his own again. Brmm brumm – allez allez Owen! On the other hand, Louise has given up her job, she’s going travelling for a year. Starting in France (quelle surprise!), next month.

I went to get something out of my car very late one evening, and there was a young hare sitting in the road. heading into town. I chased him back up the road, I didn’t think town was a very good idea for a hare.

First glow worms of the year spotted in the garden. I looked up some information on them online, and came across a survey, which I completed. Looks like it will be annual, so I’ll have to keep up to date with my observations. 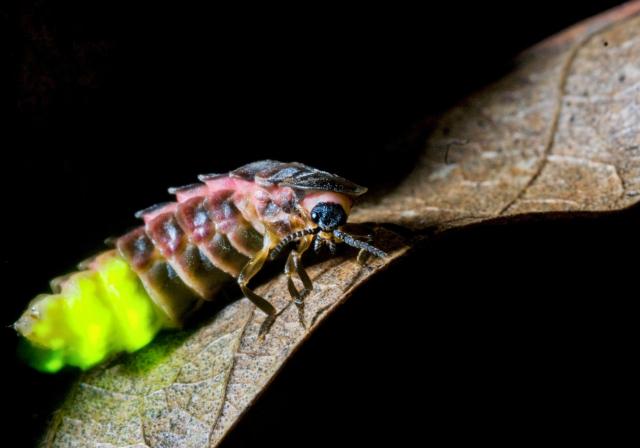 You can come and help me out for free in 2015 - bed and ensuites included!